Lexi Averett and Lauren Muhlestein have been important parts of the Silverwolves front line defense. Photo courtesy of dsandersonpics.com

The experience the Riverton Silverwolves volleyball team gained last season, by advancing to the state tournament, has helped them succeed this year. They have clinched a return trip to the states final tournament and hope they can improve on their finishing position.
“It was exciting for our program to go to state. It was a learning experience. What we gained from last year [enthusiasm and experience] has helped us this season,” head coach Lindsay Lind said. “We had some injuries coming into this season so we were a little nervous to start out, but things have gone the way we expected.” 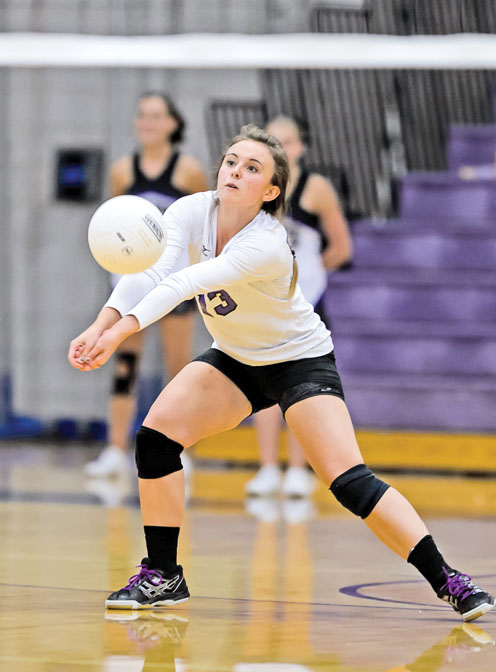 Silverwolves senior Brittney Ennis had four services aces against Westlake on Sept. 3 her season high. Photo courtesy of dbaphotography.com
The Silverwolves finished their 2014 season with a 13-14 overall record and were 6-6 in region play; fourth place in Region 4. They are scheduled to play Taylorsville in the first round of the state tournament Friday Nov. 7 at Utah Valley University.
They defeated Westlake, Herriman and American Fork twice each during the regular season.“We have some seniors that had not played much varsity. I was worried about our smaller girls being able to keep up with the speed and height of the other teams. They have done the things by spending time and extra effort to improve and get better,” Lind said. 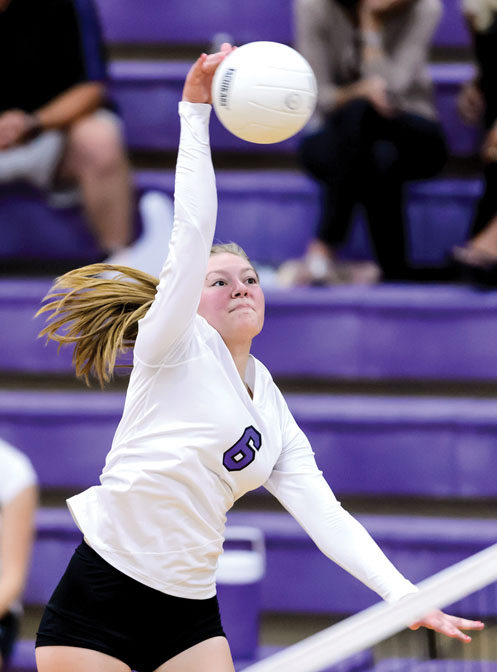 Junior Shaylee Kartchner has 11 blocks and 99 kills for the Silverwolves volleyball team this season.
Riverton co-hosted with Bingham the Claim Jumper tournament Oct. 2-3 and played in the Rocky Mountain Champions Classic Sept. 5-6. Lind said this gave her team a chance to see and play against different types of teams.
“We played teams from Idaho and Alabama. It was great to see new faces and gain tournament type experience. It has been great to see these girls working well together,” Lind said.
Sports